OK everyone, it’s been fairly quiet the past couple of months as we have been busy preparing for the UK reveal of Alex’s Sky Skipper cabinet.  Work is progressing nicely and we are looking forward to sharing another weekend of fun and history around Sky Skipper.  Alex and Whitney will be there for the event, along with Olly Cottun and John Jacobson from John’s Arcade! The time/date/location info for the UK reveal... 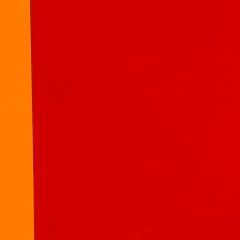 Now that the US reveal event is behind us we are gearing up for the UK reveal event in October.  Alex is working on his cabinet as we speak and it’s a good time to take care of some housekeeping items.  The most often-asked question by everyone who has seen the cabinet in person or talked to someone who has is “How did you recreate the Nintendo finish on the Sky Skipper cabinet?” One word – laminate.  As soon as I tell everyone that I... 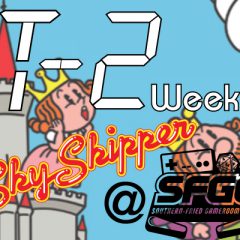 Time waits for no man, and it’s holding true as we speak…
We are 2 weeks (TWO WEEKS!?!) away from the big US reveal event at the Southern-Fried Gameroom Expo in Atlanta, GA and the cabinet build is picking up at a pretty frantic pace…

With 5 weeks to go before the big reveal, the build is moving ahead full-steam!